Here is Rich Steel's review of the FlexShooter Extreme head he used for a recent bird photography trip in Bulgaria. Rich is director of Laguna Science by day and a very skilful and dedicated bird photographer at every other minute!! 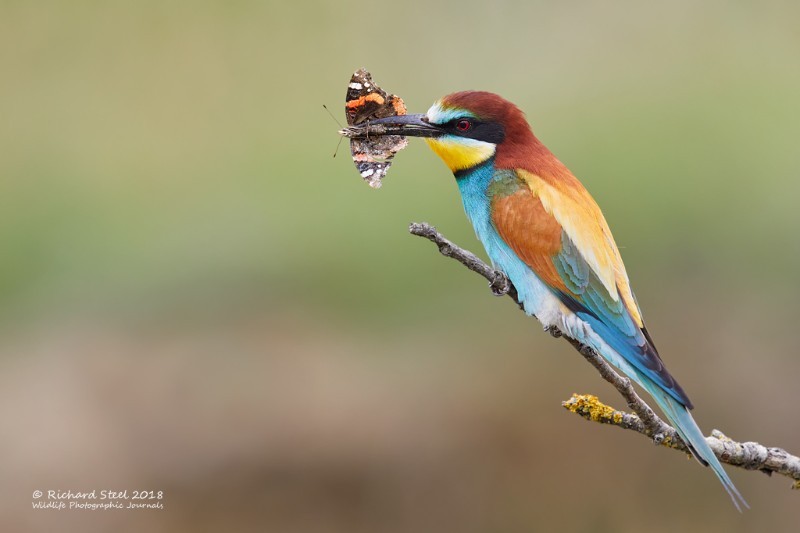 I will admit that I do not use support for most of my photography, preferring the hand-held approach, but when in a hide waiting for wildlife to appear a tripod and reliable head are essential.  On trips overseas, that typically require at least some time in a hide, I always use a tripod but found that I gave up on the gimbal type head several years ago. This was for a number of reasons, that included finding them awkward to use in the confines of some hides and also their weight and size which is always a prime consideration when trying to meet ever more stringent airline baggage allowances. I started take a ball-head on my overseas travels instead and this has mainly involved using a similar design to FlexShooter, but in my view now not as effective, double ball-head system.

The effectiveness of a double ball-head system should not be understated as not only does it function as a regular ball-head, if required, but also provides a self-levelling base through locking of the outer ball to give a very effective pan and tilt type head. This allows a rapid set up on uneven ground conditions with the confidence that the camera is always perfectly horizontal. This has been a real bonus when photographing water birds as it is always essential that the water is level in the resulting photograph. Sloping water can be fixed by rotation in post processing but not only are you losing image size but to be frank I would rather get the image right in the camera than spend time in front of a computer monitor trying to fix the problem.

I did have some issues with the previous double ball head system I was using. Firstly, the tension adjustment knob for the inner ball's pan and tilt mechanism was in an awkward position right below the camera foot and would you spend the time constantly adjusting it. A lapse in concentration could see the camera perilously flopping forward, backwards or sideways with a potential risk of crashing to the floor if the lens plate clamp had worked lose. However, more importantly the extra process required adjusting the tension to move the camera certainly gave rise to some missed opportunities which can be very fleeting when photographing birds.

The second issue with my previous double ballhead system and with gimbal heads in general is that on occasions in a bird photography hide you will be seeking to lock the camera's position on a particular perch. This is often the case when you are trying to get images of birds landing or taking off using a manual focus technique. However, the process of tightening up all the previous ballheads and gimbals I have used would cause the camera to shift position as you tightened down the head such that the lens ended up not pointing not exactly you where you wanted it to be. You then go through a frustrating repeating trial and error process trying to estimate where the lens will finally end up after you have tightened the whole head down.

I read with interest about the new FlexShooter heads and was convinced by the videos that it would solve a number of issues. So I took the plunge, and a FlexShooter Extreme head arrived in the post just before I was due to set off for 8 days bird photography in north-eastern Bulgaria. On opening the box I was greeted with a very robust and well-engineered ballhead incorporating the self-levelling double ball design. My only minor disappointment was that the box contained no fabric carry pouch just for ease of packing into the suitcase and so a spare sock would have to suffice. The first obvious improvement I noticed was that the inner ball tension adjustment knob was set at angle off the head and therefore much easier to access than the previous double ball head I was using. However, what I didn't appreciate at this stage was that I would not actually need to use this very much due to a clever unseen part of the design.

I decided to have a bit of test in the house just to become accustomed to the FlexShooter before heading off overseas and attached a Canon 600mm and EOS1DX-2. The key part of setting the FlexShooter up is to find the central balancing point, once located I made a small mark on the lens foot plate to ease future rapid setup. Having locked the outer ball to level using the built-in bubble level, I tensioned the inner ball. The resulting pan and tilt action was very smooth for this large lens setup. It was at this point that one of the key benefits of the FlexShooter ballhead design was revealed as wherever I pointed the lens, when I took my hands away it stayed, in position without any need to make any changes to the inner ball tensioning knob. The advantage of this for wildlife photography were instantly obvious and it was a feature that would allow me to train the lens onto birds appearing in front of the hide much more quickly as I would not be needing to fumble around and adjusting a tensioning knob before thinking of taking photographs.  Often wildlife photography involves long waits for brief moments of action and the quicker you can get on to the subject and acquire focus the better. This is particularly the case for birds where visits in front of a hide may only last a few seconds.

During the trip to Bulgaria the FlexShooter ballhead was put through its paces in a variety of hides for different species and performed faultlessly. One of the target species for the trip was the shy but beautiful golden oriole. Every morning from first light until around 10am over 8 days was spent in a 10m high tower hide hoping that an oriole would land on one of the perches formed from a dead tree top. The male bird appeared once during that entire period and landed on a perch for 10 seconds and I managed to get some images. The FlexShooter head allowed me to swing instantly onto the bird. Whether I would have been able to get any images with my previous double ball head system is debatable.

We spent some time in Bulgaria photographing some shy Hawfinch. When photographing small birds successfully speed of acquisition of the bird with the camera is essential as many visits to areas of feed or perches can be very quick and brief. Ideally you are looking to get images of the bird when it first arrives and before it starts feeding so there are not  pieces of seed husk over its beak. The FlexShooter definitely provided an advantage again in rapidly getting on to the birds as they arrived without need for any adjustment of the ballhead. 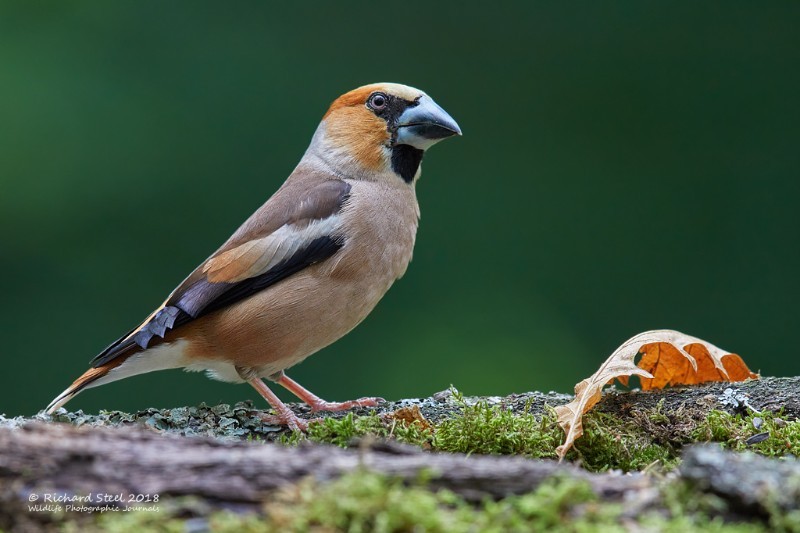 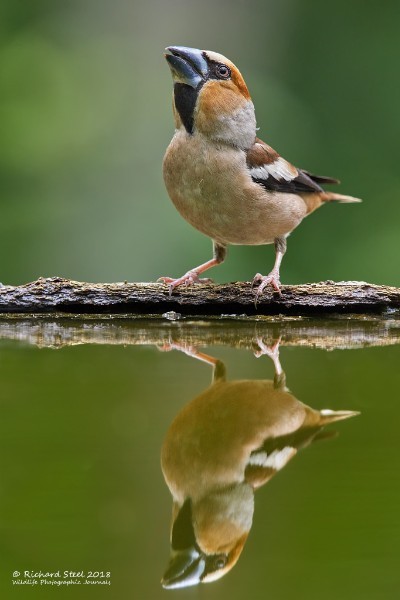 Another type of photograph I was aiming to capture during the Bulgaria visit was of European Roller landing on a perch. The usual technique for this involves focusing on the area of perch where you hope the bird will land, locking the camera in position and switching to manual focus. For a start I didn't have to lock the head up, it balanced my lens and held it perfectly. However, if I did fancy locking it up, more from past habits than anything else, I could aim the camera at my desired spot on the perch and lock the camera down with ballhead without any creeping of the lens as I tightened the tension adjusting knob. Gone were the days of aiming slightly below the perch in the hope the camera would end up in the right place as it crept upwards during tightening. 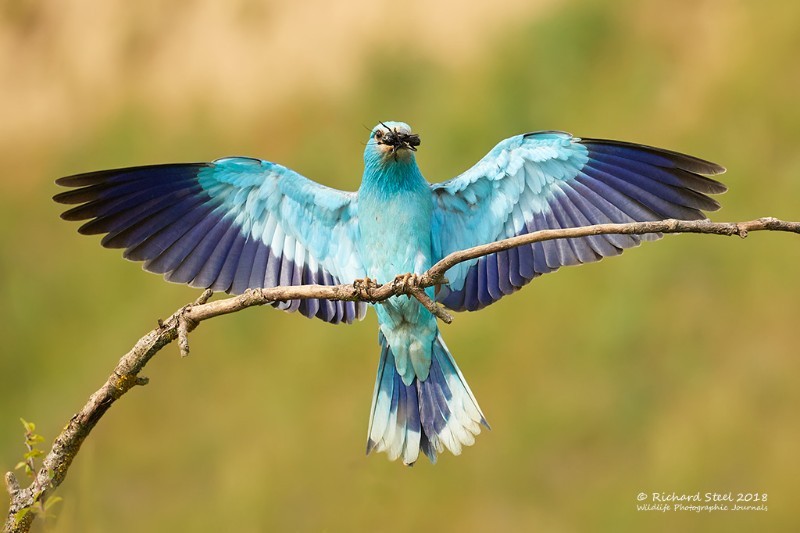 I used the FlexShooter head for all of my hide work in Bulgaria, here are a few more images that I shot with it: 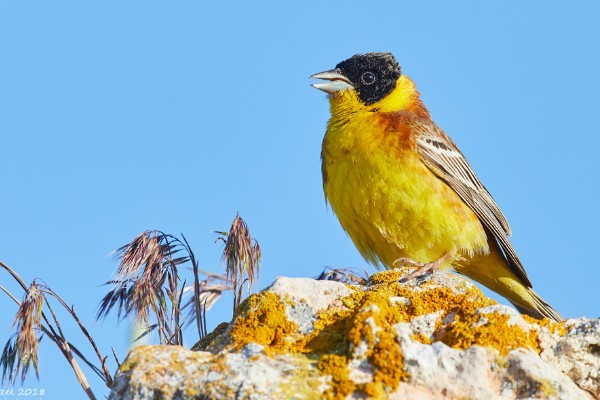 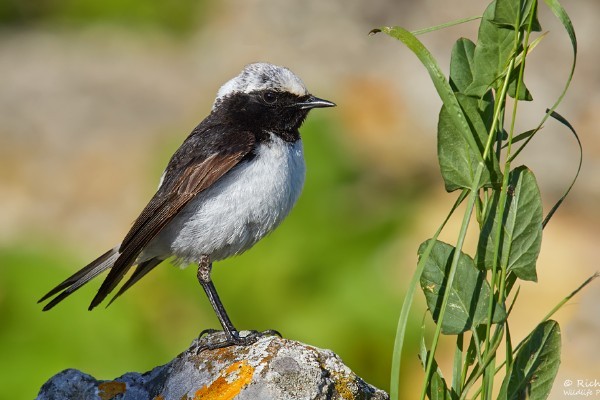 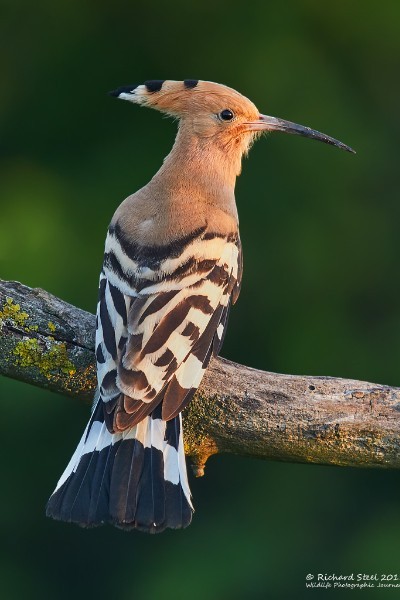 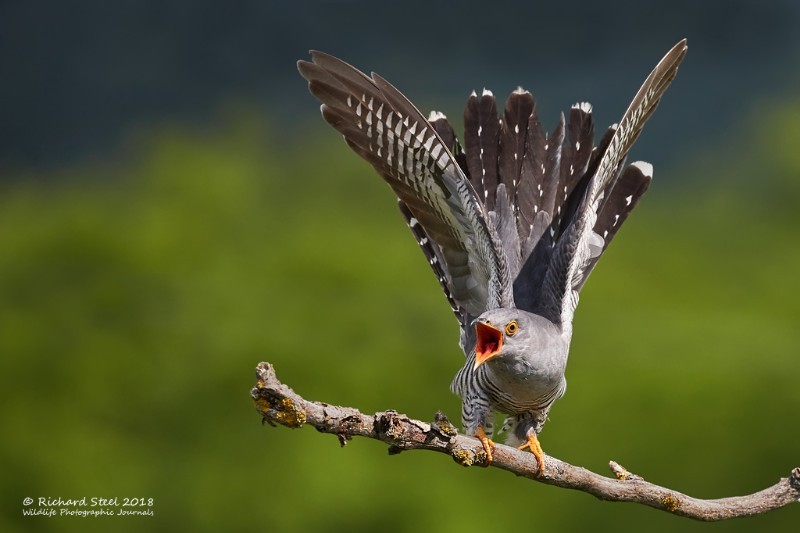 As I stated at the start of this review, I do not use tripod and heads regularly unless in a hide. However, when I do want equipment that requires the minimum of fuss to set up correctly and provides good support with smooth movement in a well-engineered piece of kit. My only regret? I went for the largest Extreme head model, as it seemed to be the best bet for a heavy long lens setup but having now read other reviews, I wish I had probably chosen the Pro model as it is slightly lighter and perfectly capable of doing the required job.   The FlexShooter provides the wildlife photographer all they could desire in terms of function from a ballhead and in my view has further additional advantages over the other ball and gimbal heads in that it requires minimum intervention when in use allowing more time to concentrate on the subject and capturing images. As such, the FlexShooter head has now gained a permanent future place in my camera bag.

signup to our newsletter and be the first to know about latest news,special offers,events and discounts.